As Wesleyan students and faculty roam the hallways, they might notice some things that would have raised some red flags last year. From eating in the hallway to rocking the K-Swiss, students are experiencing a plethora of new freedoms introduced by this year’s new policies. For those of you who are wondering why these changes came about, look no further. The Green and Gold staff has done the research and has all the answers.

The Green and Gold staff sat down in an interview with high school dean, Joseph Koch, to ask him about the new school policies. Some of the new policies we discussed were food and drink, additions to the dress code, and the new student lounge. Koch told us about how he, along with all the division heads and headmaster, Chris Cleveland, came to their conclusions. When asked about the new food and drink policy, Koch described that they are now allowing food and drink in the hall 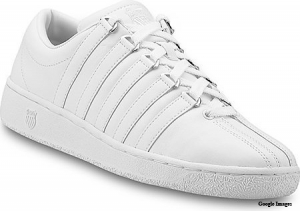 way as long as students can clean up after themselves, and that they are giving teachers the discretion to enforce their own food and drink policy in their classroom. Koch went on to describe his reasoning behind changing this rule saying, “There are a lot of signs that talk about nutrition for students, and under the old policy I started to notice the trend that kids would only eat during advisory and would almost always eat junk food. As teachers, we are concerned with the health and well-being of the students. Allowing students to eat and drink outside of lunch enables them to eat more food, and more importantly, eat healthier food. It also teaches students to be good people and good stewards of Wesleyan and the world, which is a lifelong skill.”

Koch also described all of the new uniform additions this year, including the pea coat, the down jacket, and of course, the K-Swiss sneakers. He was excited that the new selection of clothes covers all weather seasons. He explained that Middle School Dean of Students, James Greco was the one who came up with the K-Swiss idea, and they liked it because it provided a shoe for injured students that still went with their uniform. Koch also discussed the new rules that come with the new student lounge saying, “The new lounge has new rules because of the new location and the TV. Students are expected to clean up after themselves and to follow the no video game rule. Allowing video games will make the lounge turn into a basement, when it is meant to be a place where students can do their work. The channels that the TV will be streaming are CNN, FOX, and ESPN.”

Many of these new policies have already taken their place in the Wesleyan community. Many students are “rockin’ the K-Swiss”, wearing the down jacket, and are already getting their pea coats ready for the winter. Even more students are now confidently walking the halls with a coffee or Chick-Fil-A cup in hand without fear of being caught by teachers. Students are definitely taking advantage of the new policies this year.

As a result of the coronavirus pandemic, travel has been restricted, students
The majority of Wesleyan’s community and population have recognized the deadly virus
Prince Harry and Meghan Markle, formally known as the Duke and Duchess
The newest conflict between Iran and the United States has roots to
Wildfires are a common in occurrence in Australia. In fact, the country
Go to Top