Remember that adorable girl who played Cindy Lou Who in Dr. Seuss’ How the Grinch Stole Christmas? How could anyone forget. Many people remember her for her gorgeous rendition of Faith Hill’s “Where Are You Christmas” and her hair that looked like an Auntie Annie’s Pretzel, but few people recognize her today. Since starring in that beloved Christmas classic, Momsen went on to appear in Spy Kids 2 and even audition for the title role of Hannah Montana for the Disney Channel Original Series. She also went on to appear in the hit TV show Gossip Girl. Currently Momsen finds fame as the lead singer for the rock band The Pretty Reckless. Today fans might find her under dark shades of eyeliner or accompanied by an entourage of older men (aka her band), but no matter where she is, there is no doubt that she still embodies the heart of the Christmas spirit.

Contrary to popular belief, McCauley Culkin is not dead. After suffering the major trauma of getting left home alone during Christmas (not once, but twice), Culkin went on to become… nothing. Unless Culkin invents a cure to cancer or makes a major comeback to the entertainment industry (he won’t do either), he will never be anything more than a child actor. Over the years, Culkin has evolved into the posterchild for the anti-drug movement, spending some quality time behind bars due to drug abuse. Nowadays you might see him out and about. Just look for that sketchy guy that your mom always told you to avoid who lures children into his van with free candy!

If you don’t know who Eric Lloyd is, you must not live in this world. Known to most people as Charlie Calvin, it’s a shame that Eric Lloyd virtually disappeared from society after his breakout role in the Santa Claus trilogy.  After stealing the hearts of audiences young and old, he went on to star in the Hollywood blockbuster The Brave Little Toaster Goes to Mars, a true cinematic masterpiece. But where is he now?  Who knows? In fact, did he ever exist or is he just a figment of our imagination? All we know about Lloyd is that he went on to open a movie/music studio, names LP Studios, somewhere in Los Angeles. But it obviously hasn’t done well according to their unattractive outdated website. Well wherever you are Eric, we miss you. 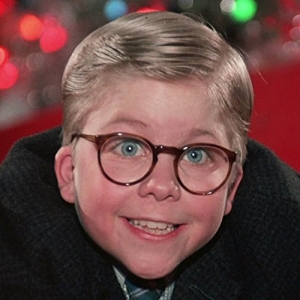 Sam Schmitt: “When I see Beau Blanton in the hall and I
Class of 2019 College List: Oxford College of Emory University Nishu Afobunor
Watson Copeland: “My ‘phat’ cat, Wallace, eating my socks because we are
As Norcross trudged through a long rainy spout, even the weather seemed
Go to Top