Will Harper has 28 articles published.

Several weeks into the season, the Wolves continue to dominate on the soccer field; the varsity boys remain undefeated with an impressive record of 8-0-1. With wins against tough competition like Alpharetta, Altanta International School and Discovery, the team is showing outstanding potential so far. The boys only tie came from a difficult game against Marist. Wesleyan has proven to be an offensive powerhouse, scoring 34 goals so far in only nine games.

Despite early success, the Wolves will need to keep progressing in order to compete with region opponents like GAC, Holy Innocents’ and Lovett.

“Our region games will definitely be the toughest, and we’ll need to play well in those to achieve our goal of winning the state championship,” said senior Grant Sauer. Sauer has proven to be an invaluable asset offensively and defensively for the Wolves, and his leadership is key to the success of the team. END_OF_DOCUMENT_TOKEN_TO_BE_REPLACED

Tiny granules of black rubber seep into second-hand Nike Cleats. Flickering lights give off an aura of a decommissioned haunted

The intense rivalry between Wesleyan and Holy Innocents’ brought the season to a close in epic fashion with an overtime finish in the 2A girls Basketball State Championship. These teams entered their fourth matchup this season for the state title, and Holy Innocents’ led the Wolves 2-1 in the previous three games. The Golden Bears took home the trophy this time with a final score of 66-64 in an unusual ending. Head Coach Tony Watkins ended his career at HIES with a championship.

The Wolves struggled early on, and Holy Innocents’ maintained a lead for the majority of the game. The Lady Wolves relied on sophomore Amaya Register who facilitated the ball well. Juniors Natalie Armstrong and Mikayla Coombs also played important roles putting up significant points and leading the charge on defense. Wesleyan managed to defend the Holy Innocents’ offense well, dominating the Golden Bears in the turnover battle, but could not score enough to take home the win.

Holy Innocents’ got ahead early and stayed there until late in the fourth when Wesleyan put together a run to tie the game. Sophomore Sutton West sealed the run with a clutch three to tie it up. In the waning seconds, an unnecessary foul led to three free throws for Holy Innocents’ Junior Shaiauna Blanding. Blanding went 0-3 to push the game into overtime with the score at 59-59.

Wesleyan got off to an early lead in overtime, bringing to score to 63-59. Register continued to lead the offensive effort in OT. With both teams in the bonus, foul shooting was paramount. The Golden Bears but together four quick points before Wesleyan Head Coach Jan Azar called timeout with a minute left in overtime. END_OF_DOCUMENT_TOKEN_TO_BE_REPLACED

Few debates ignite a fire within many Wesleyan students the same way that Mexican food does. Perhaps that statement could be misconstrued; what I mean is, students are very passionate about Mexican restaurants. Some like Moe’s, others like Chipotle, and Jack Connors worked at Taco Bell. One time I even heard of someone who liked Qdoba. The point is, for ages people have been arguing about why one is better than the other. To be honest, I think they are all good, but I do prefer Moe’s over Chipotle, so I suppose I can pretend like it’s a big deal to me just for the sake of beating Ellie.

In light of recent events, this isn’t really going to be that hard. If nothing else, Moe’s is simply better because it won’t give you Ebola. I heard that Chipotle’s food has Ebola in it. That stuff is dangerous. Just kidding, it’s actually E.Coli. On top of that, Moe’s tastes better. When scripture refers to Canaan as the land of milk and honey, they are talking about Moe’s queso. I don’t really have any cold hard facts at all, but based on my frequent visits to both establishments I am pretty sure that Moe’s offers way more bang for your buck.

Most importantly, Moe’s has a way better atmosphere. When you walk into Chipotle no one yells “WELCOME TO CHIPOTLE!!!” and honestly if they did that would be pretty weird. At the local Moe’s, Ignacio makes everyone feel welcome. For a good while back in the day, you could get a free t-shirt if you yelled “welcome to Moe’s” before the employees did. They stopped doing that because they were losing a whole bunch of money giving away all those free shirts. Also, Chipotle does not have the Coca-Cola Freestyle machine. Moe’s does have that. Plus, Moe’s has TV’s, and Chipotle does not. Maybe they are trying to promote social interaction or something pointless like that.

Anyway, this argument is just silly because all of the Mexican restaurants are pretty darn good. That being said, Willy’s is far and away the best.

There are many things about Moe’s that are problematic, but the main one is that the food at Moe’s is not fresh. In fact, the food is so yucky that I refuse to eat there. Sometimes I wonder how long the food has been sitting out, and the fact that I even have to ask myself that question is a reason not to go there. Also, it is so annoying when you walk in to Moe’s and all of the workers yell at you. Sure, they are saying welcome, but I feel like I am being ganged up on, and it is not nice. Senior Alex Thompson, who also hates Moe’s couldn’t have said it better when he said, “If you hate yourself, you should go to Moe’s. It is the worst excuse for a Mexican restaurant ever created.” END_OF_DOCUMENT_TOKEN_TO_BE_REPLACED

There are three major favorites when it comes to Mexican fast food. Willy’s, Moe’s and Chipotle are a fan favorite

It’s that time of year again when the leaves start turning, the temperature begins dropping, and the warm-fuzzy feeling of

With numerous public accusations and an intense focus on the media in recent months, the “Green & Gold” decided to

High school, though primarily associated with academia, intrinsically functions as a catalyst for social experimentation, discovery and growth. One could certainly argue that the social ramifications of these four years even surpass those of academic nature. Education at the high school level is intended to cultivate and expand intellectual interests while preparing students for productive careers, but the byproduct of so many teenagers meeting in the same place for hours a day comes in the form of social development that is invaluable to the individual and to society.

Simply put, high school is the place where people really start to figure out who they are and how they interact with other people. Because the social facet of high school education accounts for such a large portion of its overall value, it is exceptionally worth-while for students to evaluate their social habits and interactions in order to ensure that they impact the high school experience positively.

Ultimately, the distinguishing factor between positive and negative social interactions and habits is attitude. By now, most students are sick of being told to change their attitude; adolescents are bombarded by parents, teachers, and just about everyone else telling them to improve their attitude. As monotonous as the message may be, it is so heavily emphasized for good reason. As it relates to social interactions, attitude is central to behavior. A positive attitude inevitably yields healthy, encouraging interactions and conversations. Alternatively, a negative attitude leads to insecurity and petulance. 100 percent of humans would rather find themselves in the presence of an encouraging, selfless person than a cantankerous, irritable bully. 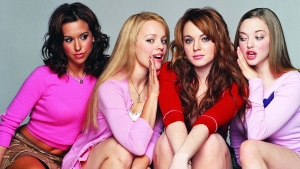 Although many teachers and students are far too susceptible to hypersensitivity, many others refuse to acknowledge the harm they are capable and often guilty of inflicting. The only thing worse than an overly sensitive cry-baby complaining about a harmless joke is a bully who consistently hurts his or her peers without ever admitting to it or receiving retribution. Too often our desire for acceptance exceeds our urge to confront those who put down innocent others. Unfortunately, we are generally afraid to admit that sometimes people actually do hurt our feelings, and sometimes that is enough to do real damage.

I would be remiss if I neglected to mention that this editorial is intrinsically riddled with hypocrisy. Although I am guilty of all of the aforementioned wrongdoings, I can honestly say that high school has taught me to take far more pleasure from encouraging others than hiding my insecurities by putting others down. My favorite thing about the Class of 2016 is that my classmates and I have arrived at the realization that applauding and supporting each other in everything we do produces more joy and excitement than exploiting each other because of our differences. In conclusion, high school is about a lot more than learning. Take a break from stressing about grades every once in a while to evaluate what high school really means for you.

As the end of the year quickly approaches for Wesleyan, the Artist Market is an event that cannot be skipped

On of the most unique, practical and applicable activities at Wesleyan provides a competitive training ground for aspiring attorneys. Mock Trial has consistently drawn ample participation, and it remains a favorite among students. Senior Jack Connors said, “It is thrilling to compete in a real courtroom with actual judges.” Mock Trial competitions are held in real courtrooms where fictitious cases are tried by a real judge. Wesleyan’s team spends as much as three months preparing for competitions, working on every detail of the case.

This year, the team has attained notable success, winning the region competition on Jan. 30 The crew stands poised to dominate again this weekend at the district competition on Saturday, Feb. 27. Led by teachers Matt Crew and Joseph Cooper along with several Wesleyan parents, the team has an abundance of knowledge and experience at their disposal.

The case that was tried during the region competition this year was a second degree burglary charge. The charge was related to the theft of a 20 million dollar painting from an art museum. The prosecution accused the museum curator of assisting in the theft claiming that it had to have been an inside job. Meanwhile, the defense argued that there would be no motive for the curator.

After a remarkable performance at region, the team is working hard to do even better at the district competition. Mason Borucki said, “We are working on minor tweaks that are more technical like tendering evidence and referring to specific laws correctly.” The team hopes to show continued improvement in these areas this weekend.

Although Mock Trial has no court-held authority, it has come to signify a lot to those who participate. Wesleyan’s Mock

With less than ideal conditions including heavy winds, exhausted musicians, an unfinished performance and strong competition, the Marching Wolves were