The Wet Wolves have had yet another successful season of continuously staring at the famed black line and breaking times that even the swimmers did not think possible. Led by an outstanding group of captains, the Wolves are looking to make a big splash at the GHSA State Competition in February.

Freshman Brian Sinclair was asked about the season and said, “Wesleyan had a very successful season this year. We won overall in many of our dual meets against athletic teams like GAC. We also took home some trophies in our invitational meets with both our boys’ and girls’ teams making it on the podium in every meet.” Wesleyan did indeed have a successful and competitive season, winning many dual meets.

With many state cuts so far this season, the Wolves are looking to have several boys compete in the ‘A’ Final at Georgia Tech next month. During the next month, the Wolves will need to stay focused on the task at hand in order to perform well at state. Senior Captain Ben Buckley said, “We have worked hard this year and are looking forward to the chance to show that to the state.   All of the hours in the pool and in the weight room will pay off when we taper down to our last meet.” The Wolves compete at Georgia Tech on Feb. 9, 2016. 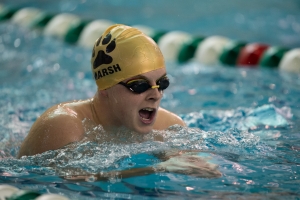 What does one really need to do to leave a legacy in high school sports? Do not ask Abby Gardner, two-time girls’ diving state champion, because she is quiet and humble about her diving career. As a freshman, Abby broke into the high school diving scene. Instantly becoming the top diver on the team and highly ranked in the state, expectations rose higher and higher for each meet. State came her freshman year, and she dominated the competition by a margin of 32 points, a large gap for a meet consisting of the state’s top divers. From then on, things only got better and better. The state competition during her sophomore year demonstrated another dominating performance by Gardner, winning by another solid margin of 21 points. This year, Abby will face a lot of the same competitors that she has in the past. Most of them even close friends and training partners. Along with solid performances at state in the past, Abby has recently added to her resume the Wesleyan School diving record in both the six and 11 dive meets, breaking previous records held by Lauren Hall, a diver now at the University of Hawaii.

Overall, the Wesleyan Wolves diving team has had a great season, spearheaded by Abby Gardner, Kate McCahan and Joseph Berney. When the state diving competition comes around, the divers will be prepared and trained to compete well at State. 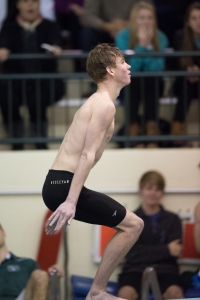 The Wet Wolves started their season with a splash, in the beginning of November. Since then,

Sports are one of the great bridges of today’s society that allow
The Wesleyan Wet Wolves competed in the GHSA State Swim and Dive
Super Bowl LIV was both the best super bowl and the worst
After months of training and hours of practice and film, the Wesleyan
It is a new year, and that means that it is time
Go to Top