Teaching you has been a true blessing. I am grateful to you all for your endless encouragement. We were new to the high school together and have, in many ways, shared the experience. You have cheered me on in life’s joyous moments and provided comfort in its tragedies.

END_OF_DOCUMENT_TOKEN_TO_BE_REPLACED

At the culmination of a long and successful year in journalism, the journalists wanted to celebrate the end of the

As the 2018-2019 school year comes to an end, we reminisce on the events, competitions, holidays and people which have

Ending the last softball season with a State Championship set the bar high for the 2018 season; however, the Wesleyan Softball season has gone above and beyond with their season so far.

The team kicked off the road to state with a Region Championship win for the sixth year in a row, and they are entering into the state tournament in the first seed. The Wolves defeated Landmark Christian School 7-2 and junior Madison Kerpics pitched the entire games, “while striking out 18 people to earn the win in the circle” (Gwinnett Prep Sports). “Our team really worked together to win the region game. Everyone played well and our ability to work together is what really helped us throughout that game and the season,” said senior Savannah Sommer. The win for the team was impressive, but what came with the win was even better. “After the game, we got new golden cleats as a deal with our coaches, which was almost as great as winning the game,” said senior Jennifer Nolan.

END_OF_DOCUMENT_TOKEN_TO_BE_REPLACED

The Lady Wolves have begun their season and are now in full swing. The Wesleyan softball team recently started off 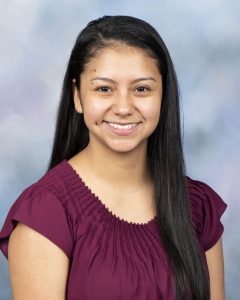 END_OF_DOCUMENT_TOKEN_TO_BE_REPLACED

Dear Sophie, Quinn, Alayna, Melany and Kat: Teaching you has been a true blessing. I am grateful to you all

All year long, the Wesleyan Admissions Department is hard at work preparing for the current season. While some refer to this season as “winter,” the admissions department and student ambassadors know it as admissions season – a time for prospective families to explore Wesleyan as a future school for their child.

END_OF_DOCUMENT_TOKEN_TO_BE_REPLACED

Dear Sophie, Quinn, Alayna, Melany and Kat: Teaching you has been a true blessing. I am grateful to you all

Lidia Zamora: Where did you go to college/what is your degree? Oglethorpe University in Brookhaven, Ga. And a B.S. in

This season of sports has truly been one for the record books as many incredible and memorable events have transpired in the Wesleyan community. In two fall sports this season Wesleyan made a run for the state championship in the single A classification. Thanks to the hard work of the athletes and the leadership of their coaches, the Wolves have once again achieved excellence in the opening season of the school year.

For starters, in Columbus, Georgia on Oct. 28, the Wesleyan softball team played in the class A state championship against Tattnall Square Academy. This match was a nail biter as both teams were exceptionally skilled and well prepared for their respective opponent. By the bottom of the eighth inning the score was 4-4 with Wesleyan freshman Reece Holbrook at bat, the tension was high as the wolves already had two outs. “I knew that I needed to go all out. It was all or nothing. I also knew that it would most likely be my last at bat as a freshman, so I wanted to make it good.”  With the final pitch Holbrook hit a walk off home run and claimed the championship victory for the Wolves.

END_OF_DOCUMENT_TOKEN_TO_BE_REPLACED

Winning a state championship in any sport is extremely difficult; the chances of winning one is highly improbable, but the

The Wesleyan athletics program has been extremely successful with sending high school students to play at the collegiate level. With